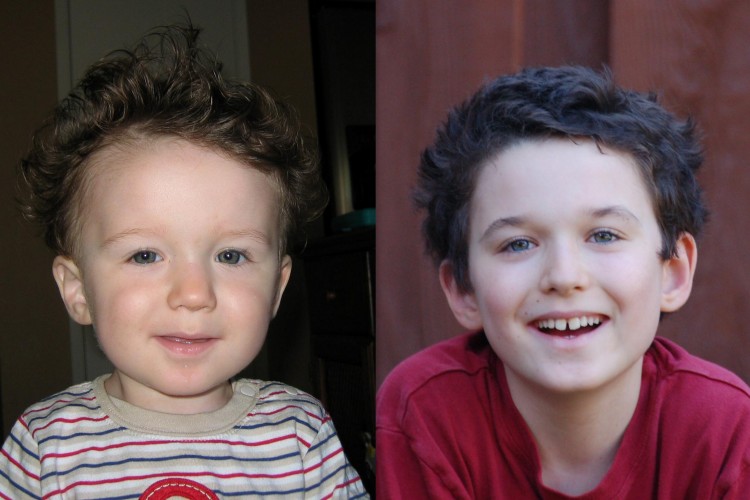 Chanler turned four and had a John Deere Tractor birthday party! (Pictures coming sometime) The thing that cracked me up about his party was the number of DIY/build your own presents he got!

We are still in the process of building them all 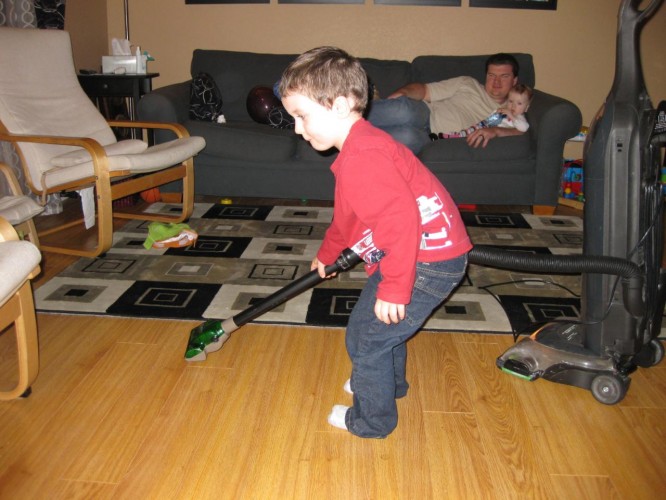 For three years ten and a half months Chanler has been afraid of the vacuum cleaner. When ever it came out (which wasn’t frequently – which is probably why he was scared of it…) Chanler would go running for the couch with his hands on his ear screaming. For the first couple of years of his life Chanler had to be held while the vacuum was running. (This of course reinforced that the vacuum didn’t come out much…)

Then tonight Chanler decided that HE wanted to vacuum. Our house may never been the same again… 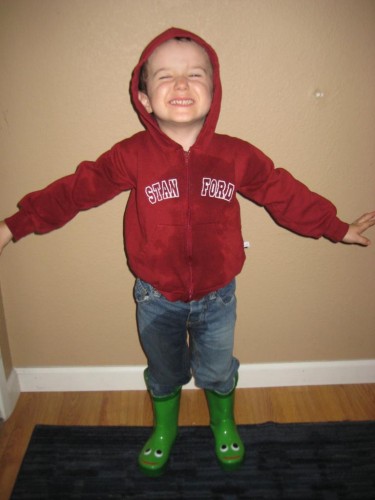 Tonight it was raining and Chanler had to wear his new rain boots. There was a large puddle at the curb where we parked and after asking permission he jumped into the puddle. This was the result…

Chanler really likes to take pictures with our cameras, and Jesse caught him in the act being quite cute – he even knows how to chimp (looking at the shot on the LCD)! 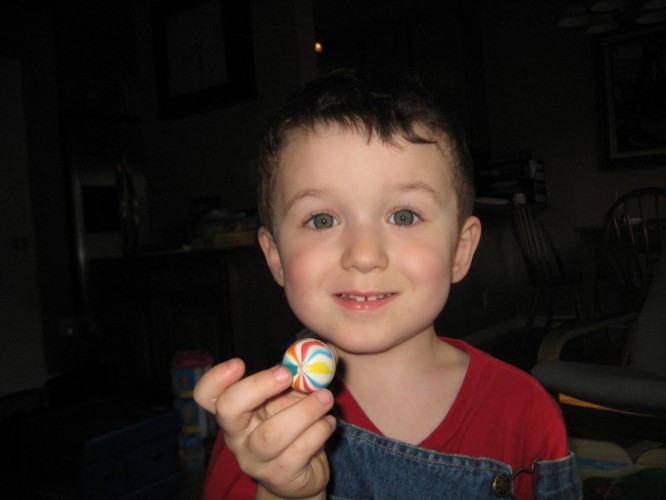 Chanler made his first purchase today – it was a super ball.

Background;
Chanler got a quarter during an Easter egg hunt this year (I was actually quite happy with that egg as opposed to the ones filled with candy, but that is another story all together). He has been keeping track of and playing with this quarter since then.
We went for pizza last Monday (the pizza place has a special on Mondays) and Chanler watched as a slightly older boy got about a dozen things from the quarter machines (like the gumball machines of old, only they now have toys and misc. crap too). A few days later Chanler told me that the next time we went to get pizza he was going to bring his quarter and get a ball. We talked about that for a while and I tried to explain that he could get a ball, but that he would no longer get to have his quarter – I was not convinced that he was getting the picture.
Skip to tonight, I had forgotten all about the quarter and Chanler’s plan. We get to the pizza place and Chanler realizes that he forgot his quarter (insert horrified screams here) He was distraught and wanted to go home and get. Scott and I decided that to make life easier we would “lend” him a quarter and that he could pay us back when we got home. So off he ran to make his first purchase.

I must say his is very enamored with his super bouncy ball right now!

The other night I was putting Chanler to sleep, and he started singing – at first just nonsense words, at least nothing that I could make out.

It is good to know that seeds are being planted, makes it all worthwhile! 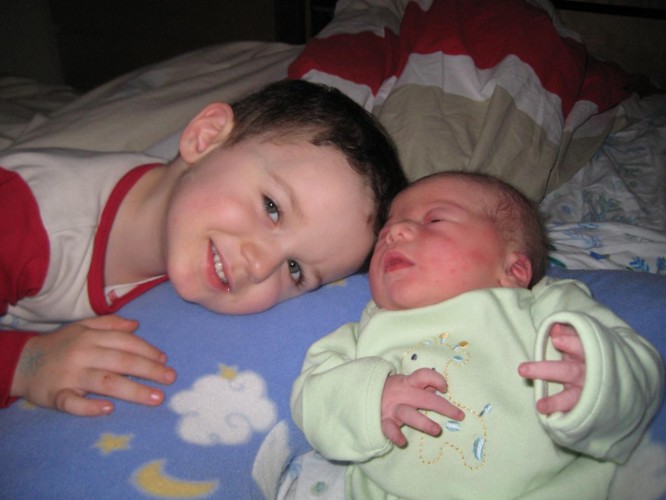 Chanler is being a great big brother 🙂

Shortly after Jessaleigh was born, we woke him up so he could meet his new little sister – he was clearly in awe of her! After he woke up a little and stared at her for a while, he decided that she needed some clothes – he knows right where her clothes are, so he ran over and got out a sleeper and some socks, and then decided that she needed some pants – so he got her some of his – I think they are just about as long as she is!

He loves to bring her toys and stuffed animals, and he is being very good at bringing her baby toys – but of course he really thinks that we should be letting her eat food.

He loves to hold Jessaleigh, and if she is fussy, he tells her softly that she is OK – so cute. Last night while he was holding her, he kissed her on the head and said, “I love Jessaleigh, I love my little sister.” Sure made my eyes misty, and I don’t think that was from lack of sleep!

Of course being a big brother brings on more responsibility – now instead of, “I can do it, I’m a big boy” when he wants to do something that we think is a little beyond his reach, it is “I’m a big brother!”